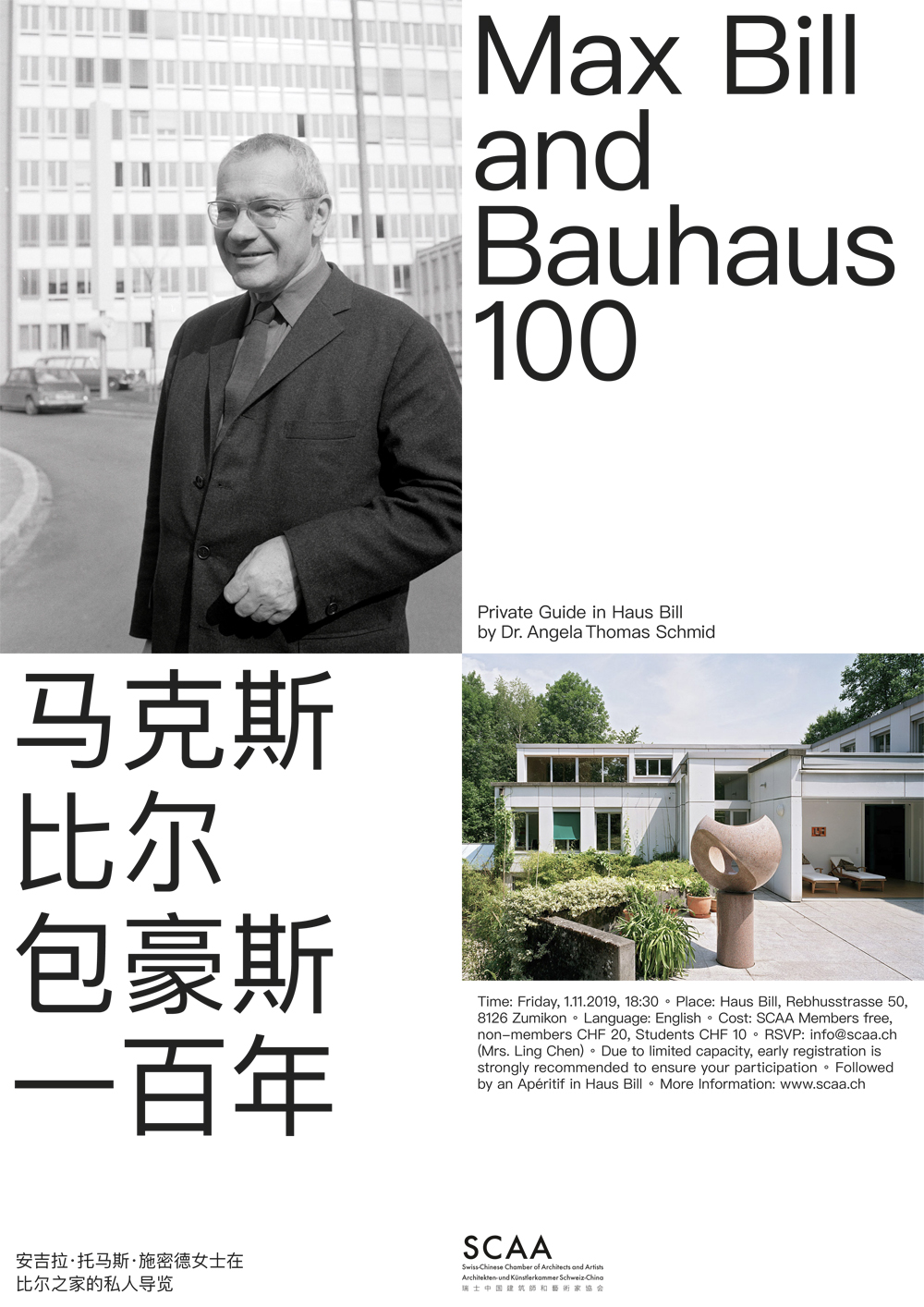 Followed by an Apéritif in Haus Bill

Haus Bill
To coincide with the Centenary – 100 years of Bauhaus, SCAA is proud to organise a private guided tour by Dr Angela Thomas Schmid in Haus Bill, designed by Max Bill. The residential home and artist’s studio was built in 1967. Today, it is home not only to Angela Thomas Schmid but also the Max Bill Georges Vantongerloo Foundation. The classic Bill structure has been preserved in its original condition and geothermal energy and solar electricity systems have recently been installed.

Max Bill
Max Bill was a great Swiss polymath: an artist, architect, industrial designer, graphic designer, and teacher. He attended the Bauhaus where he was taught by Josef Albers, László Moholy-Nagy, Paul Klee, Wassily Kandinsky and Oskar Schlemmer. Bill remained closely associated with the Bauhaus school and was a key figure in developing and propagating its principles, especially through his professorship at the Kunstgewerbeschule Zürich and as a founder of the Ulm School of Design. Through his pursuit of a new visual language that could be understood by the senses alone, Bill defined the conventions of Swiss design for decades to come. His influence spread even as far as South America, where he was a catalyst for the Concrete Art movement.